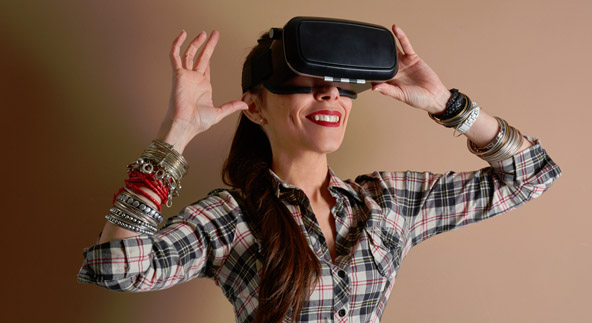 2016 is the year of Virtual Reality according to January’s cover story from Game Informer, a monthly video game magazine. There is also evidence to support that claim for 360-degree video!

It feels like it is all happening so fast! Well, it’s actually been developing for decades.

Apple released QuickTime Virtual Reality (QTVR) to the public in May 1995.  21 years ago!  Photographer Janie Fitzgerald began creating 360-degree photographs and movies in QTVR soon after.

In fact, she was featured in the second edition of Photoshop Studio Secrets in a chapter titled, “Creative QuickTime VR,” published in 1999.

This book was updated for Photoshop 5, an earlier version of Photoshop CS5 and Photoshop CC2015. While software specifics are ever changing, the lighting techniques used by Fitzgerald are worth experimenting with today.

“… Sometimes I use a specialized helium balloon that floats above the camera and holds a light that illuminates the entire room evenly,” Fitzgerald said.  This is a great technique using lamps known as balloon lights or lighting balloons. Fitzgerald would also “take a set of images for the light parts of the image and a set for the dark parts of the image… After the shoot, the bracketed images are merged in Photoshop to create one set of images that are well exposed for both the highlights and shadows.” This technique produces what we call “High Dynamic Range” images.

Back then, Photoshop was used for exposure matching and Apple QTVR Authoring Studio stitched the files. Modern 360 degree cameras come with bare bones stitching tools, but more robust and feature-rich software is readily available for purchase.

At the end of the article, Fitzgerald brings some valuable insight that we can still use today: “Since working with QTVR, I find myself experiencing environments much differently… I am much more aware of what is all around me, not just what is in front of me… the only limitations are the ones that we give ourselves.”  The book’s CD-ROM has examples of Fitzgerald’s QTVR work. Her current work can be seen at http://axisimages.com.

So, why this trip down RAM memory lane?

I find comfort in the fact that Web-based 360-degree imagery has been through over 21 years of iteration.  It’s safe to test the VR waters.  You may all float creative ideas freely without intimidation!  My advice for everyone who is even remotely interested in the topic: please get involved in VR so it continues to evolve!

Big News this week!  DLM-TIC is offering Introduction to Basic Electronics using Snap Circuits at the Orlando Public Library on Saturday, February 9, at 10:30 am.  Use Snap Circuits to explore the basics of electronics while you build exciting projects such as a flashing light, an alarm, a doorbell and more. Make learning electronics a snap. Fun for anyone ages 8 years and up. Children under 12 must be accompanied by a registered adult, guardian or older sibling in the workshop.  Spaces are limited so sign up today at our website or call us at 407.835.7323.  Keeping watching this blog for upcoming details about a new cool 3D Printing and CAD design workshop.  See our MakerBot Replicator 2 3D Printer in action in a live printing demo and learn the basics of 3D design—coming in late February to the Orlando Public Library. 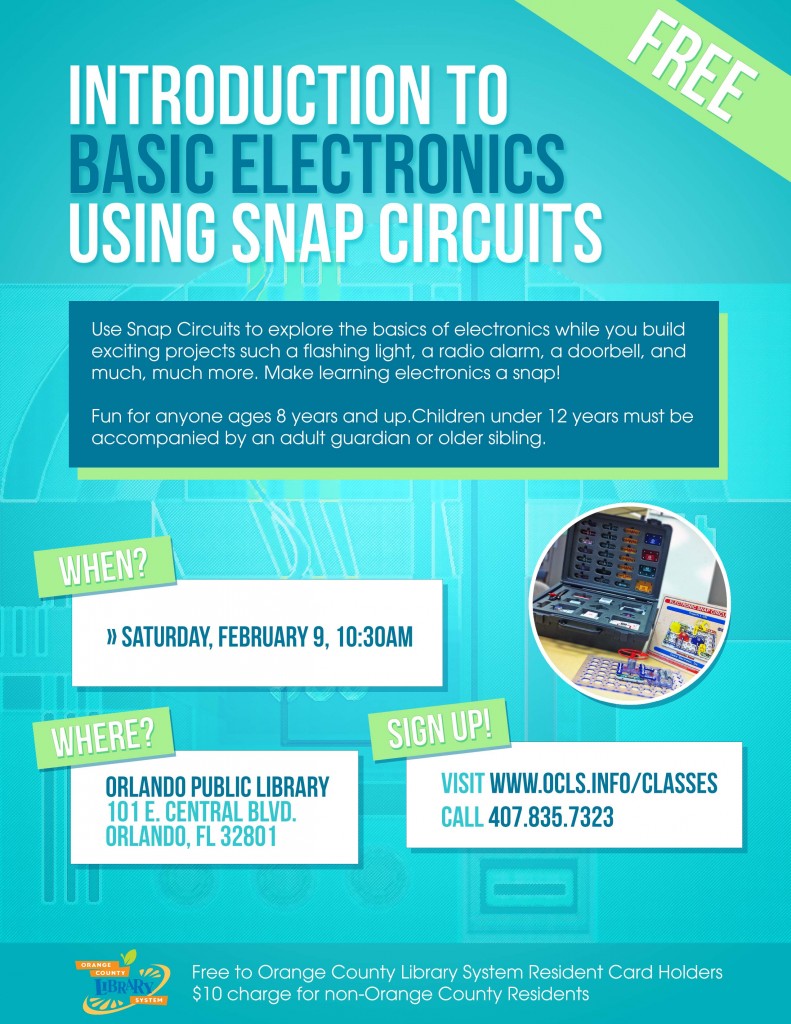 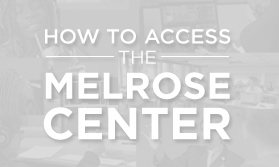