On Thursday, April 18, the Orange County Library System was honored with a 2012 Golden Brick Award from the Downtown Orlando Partnership for the Kendrick Melrose Major Gift Announcement in the development of the Dorothy Lumley Melrose Center for Technology, Innovation & Creativity. The announcement unveiled the single largest gift in the library’s history which will make way for a high-tech center at the downtown library. The awards are given to projects which positively impact the Downtown Development District. The Golden Brick Awards recognize outstanding contributions to downtown that demonstrate excellence and achievement. For over two decades, these awards have been distributed for projects which positively impact the Downtown Development District. The DLM-TIC is currently in development with an anticipated opening date of early Spring 2014. 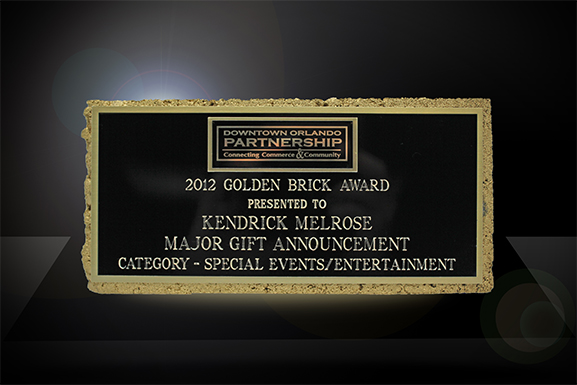